Ok my lovely book nerds, did you do it? Did you read it? Doesn’t that feature image suit this book? This time last month we threw down the reading challenge – Last Days of California by Mary Miller. If you missed it and want to catch up or have no idea what all this Book Club nonsense is, just read this.

So… what did you all think? Did you like it? Did you hate? If you’ve not read it yet, I’m going to put a big fat spoiler alert right here. Okay, you were warned! 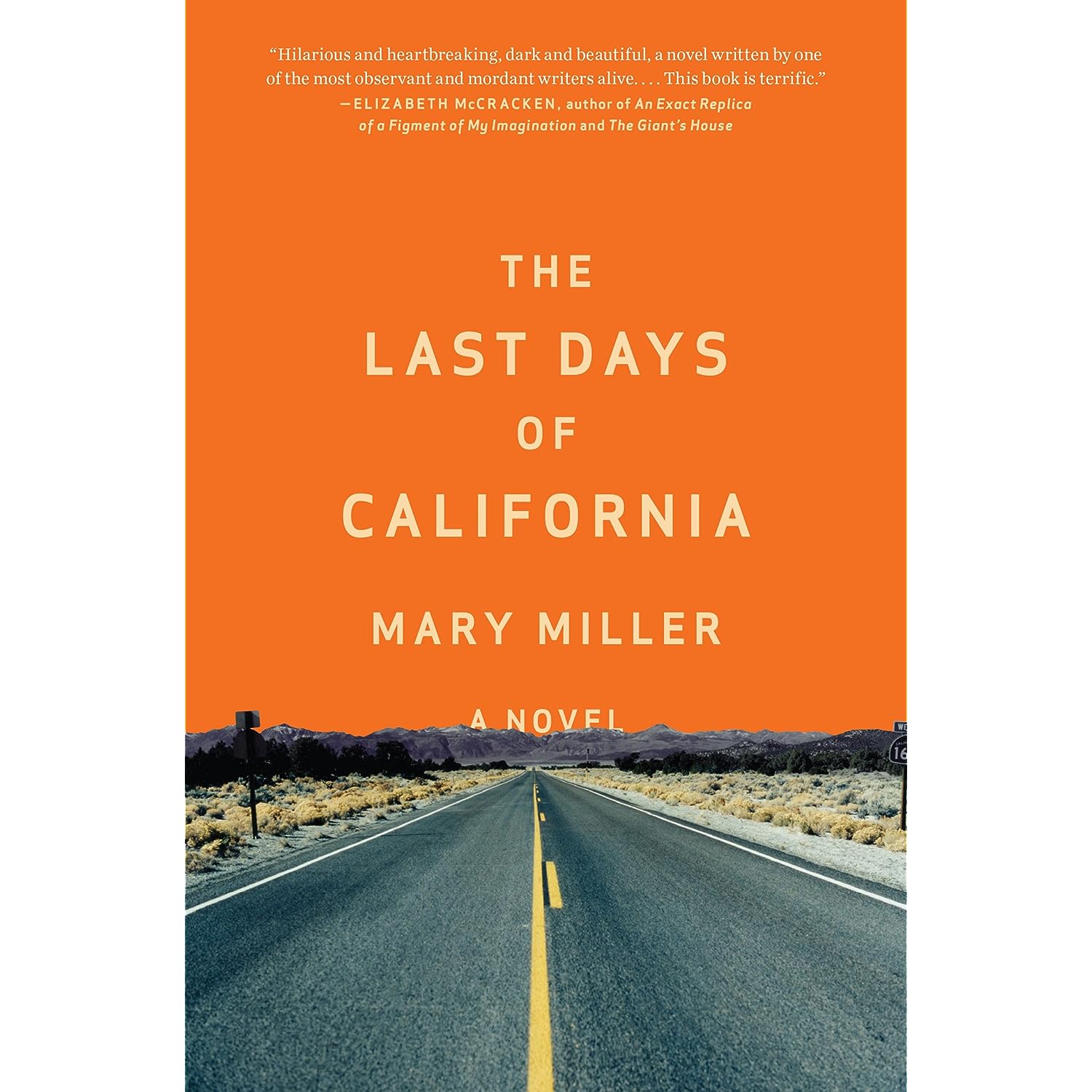 This is a coming of age story about fifteen year old Jess, her secretly pregnant and not so secretly rebellious seventeen year old sister Elise and their parents, who are currently making a road trip from Alabama to California handing out religious tracts along the way because they, or specifically their father believes that Jesus is coming and the rapture is about to happen! Why California you ask? So they can have the most time to revel in the glory of the rapture as it rolls out time zone by time zone of course!

The story takes place over the three days in the lead up to the rapture, which of course, never happens. The family is on the brink of poverty but also on the brink of falling apart. Despite doctors orders, Jess’s father doesn’t look after himself or take his medication as he should and he is definitely seeing the rapture as his chance to escape the miseries of his life. Where he sees religion as facts, rituals and rites, Jess seems to have a more genuine faith – she believes but in a much broader sense. She wants to do good for others and be a good person, not as worried about the specifics, and is starting to find the flaws in her father’s belief and the religious tracts.

Overall, there is this cynical, almost dark tone, particularly early in the book, where you find Jess wanting to hide herself in towns filled with ugly people. She often creates morbid backgrounds for the people they cross paths with along the way. The towns she goes to are bleak, and she has this negative perception of herself, particularly when she compares herself to her older sister. But the thing about Jess is, she’s kind and she’s smart – she does things her parents won’t approve of, but she does them quietly, without drawing attention to it, unlike Elise, who flaunts her rebellious streak to the point where her parents have basically given up on telling her what to do.Elise was a character that I totally relate to. I loved that she never took anything at face value, but instead challenged her parents and found out things for herself. She pushed the boundaries she was expected to live within, taking Jess along for the ride!

Jess’s Dad is somewhat ignorant and spouts his assumptions to his family as though they were fact. I’ve always believed stubborn stupid people are dangerous, particularly if they are charismatic. They can convince people that their fiction is reality. He also seems to get his kicks on talking about what happens to those left behind, the sinners get they deserve! I don’t really think he’s a bad person, just ignorant and using his faith as a crutch. Meanwhile, Jess’s Mum seems so apathetic initially, like she’s kind of given up of life and you get the feeling she’s basically just getting dragged along for the ride because it’s easier than arguing.

I love that Miller has created these characters that are so unlikeable and shown them as Jess sees them. In a family, you see the best and worst sides of each other and in that sense, this book is true to life. Even though there are no real big conflict moments, or true climax to the story, you see all these little moments are important to who Jess is and they help understand her perception. She has this need to see the best in people and yet always sees the grey – not the good, not the bad, just exactly the way people are. Jess is trying to figure herself out complete with her own insecurities, always studying other people for cues, hoping to find her place in the world and with her family.

“If I wasn’t the good daughter, I wouldn’t know what I was. I wasn’t popular or a cheerleader or a straight A student. … There were so many things I wasn’t that I had difficulty defining myself, especially in relation to Elise, who was so many things.”

For me, I really enjoyed this story and I would definitely say it resonated with me. I have a mother who is a pretty serious believer, the type who likes to convert people and meet new people to talk to them about Jesus and yes, even hands out tracts. And I have a father who is somewhat neutral about it all. There was an instant connection to Jess, an understanding of having to hide just how worldly you really are because you don’t want to get into trouble – I wasn’t even allowed to read Harry Potter! And like Jess, there are certain things I agreed with, and others I completely disregarded growing up. I love that both Elise and Jess (though to a less obvious extent) are always questioning and challenging their father, not just taking what he tells them as complete truth.

The ending felt a little non-existent but somehow I feel like that might have been intentional? Like in real life, our stories don’t just end, the continue on, down another path to another place. There’s also that age old adage, “it’s the journey, not the destination”. The characters remain flawed, which again is so true to life. The only thing I would say is that I wanted to get a little more on Elise’s miscarriage, but ah well.

Of the writing style, I have only good things to say! Each character is slowly built from Jess’s perspective and the way she describes and perceives them in turn determines her character. It’s descriptive when necessary, but in a clean way, not overly embellishing things but creating this mundane, day-to-day feel which is so perfect for the story/setting. Secondary and even background characters are never flat nor do they lack purpose, which is refreshing considering this book straddles the YA/Adult line. The tone overall is a little sarcastic, a little sad and cynical yet still thoughtful. A completely unique take on a road trip/coming of age style novel!

What did you think? Leave your comments below to continue the conversation!

In two weeks time we will be reviewing Taherah Mafi’s Shatter Me – a dystopian YA book. I’d love it if you could read the whole series (3 in total with 2 optional novellas), since it just gets better, but I understand that not everyone reads at the insane rate I do. Can’t wait to talk about that one! Squeeeeeeee…!!! Get it here and start reading!

The first rule of Book Club is...

7 Sydney Florists you should check out this Valentine's Day!